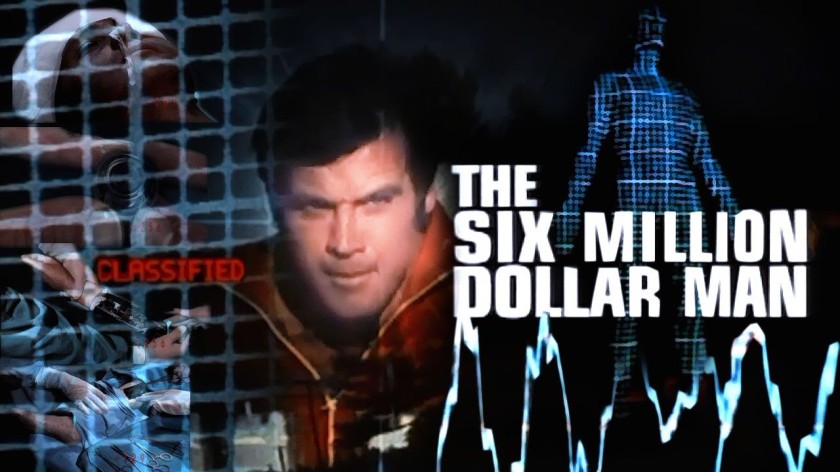 “Today I escaped from anxiety. Or no, I discarded it, because it was within me, in my own perceptions — not outside.”
—Marcus Aurelius

So, I saw this today: 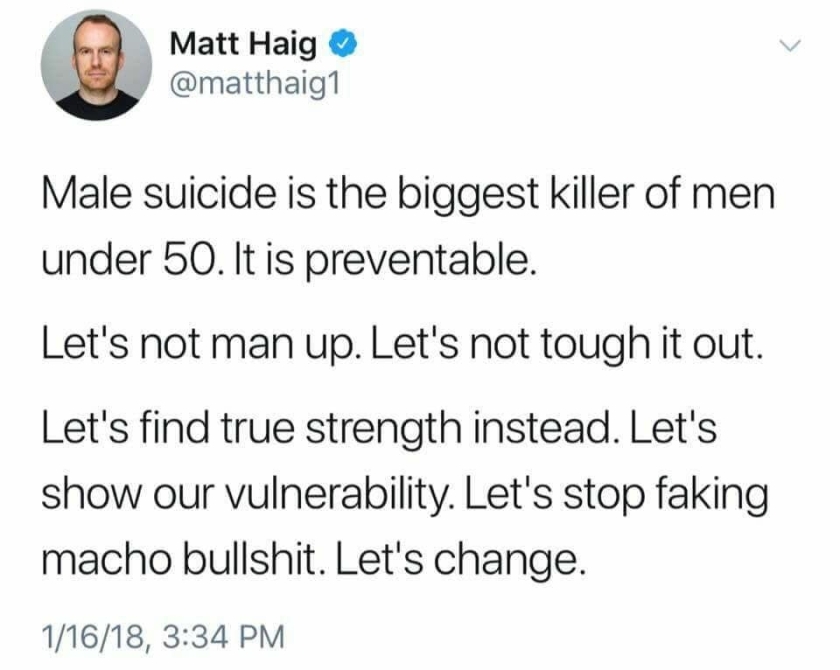 Now, I know my view on this will be unpopular with some, but I fail to see how showing one’s vulnerability in times of crisis — emotional or otherwise — is helpful. Maybe it’s just me, but I don’t want to be on a plane headed to the ground at 9.8 meters per second squared and hear the pilot blubbering over the intercom about his anxieties, especially if those anxieties include guilt over fudging his flight school records.

Look, I’m not trying to be insensitive here. I’ve been known to get teary-eyed watching Hallmark Christmas movies, so I’m not exactly John Wayne, but I think a certain degree of stoicism is a good thing. As the great football coach Lou Holtz once said: “Don’t tell your problems to people — eighty percent don’t care; and the other twenty percent are glad you have them.”

Personally, I’m inspired by both men and women that can “man up,” that don’t flinch when the going gets tough. As a society, we used to admire such people; many of us — myself included — wanted to emulate them.

When I was a little kid, the Six Million Dollar Man was a popular television series. It was about a former astronaut named Steve Austin — not the wrestler — who, after a tragic accident, was rebuilt with various bionic parts, which gave him superhuman strength and speed. If you think Usain Bolt is fast, you should’ve seen Austin back in the day. The dude could run over 60 miles per hour — in bell-bottom jeans, no less!

So, one day, I put a bunch of cardboard under my clothes, along with some random wires — which I was convinced would make me bionic — and I hit the neighborhood streets, imploring my friends to throw rocks at me.

Sure, looking back I can see some flaws in that plan, but, at the time, I was pretty sure I was going to be lauded as a hero when the rocks bounced off me. Perhaps I’d even get my own television series!

My friends were tentative at first, concerned that I would get hurt — but my confidence soon won them over and rocks began whizzing about like flies around six-day-old meatloaf. I think even some of the parents got involved, but my bionic eye had swelled shut by then, so I couldn’t be sure.

Suffice it to say that I learned I wasn’t the Six Million Dollar Man that day — although my gallop back to the house (and safety) may have reached Austin-like levels.

But that wasn’t the point.

The point was that Steve Austin gave me something to aspire to — just like men and women such as “Inky” Johnson, Debbi Fields and Les Brown do today.

They put my problems in perspective.

Residing in Hollywood, Florida, I am a full-time freelance business/sports writer, with published work by Investopedia/Forbes, Motley Fool, CBS Sports, AOL Sports and others. View All Posts